Site Visit to Penwell, Texas – Getting to Know our Community 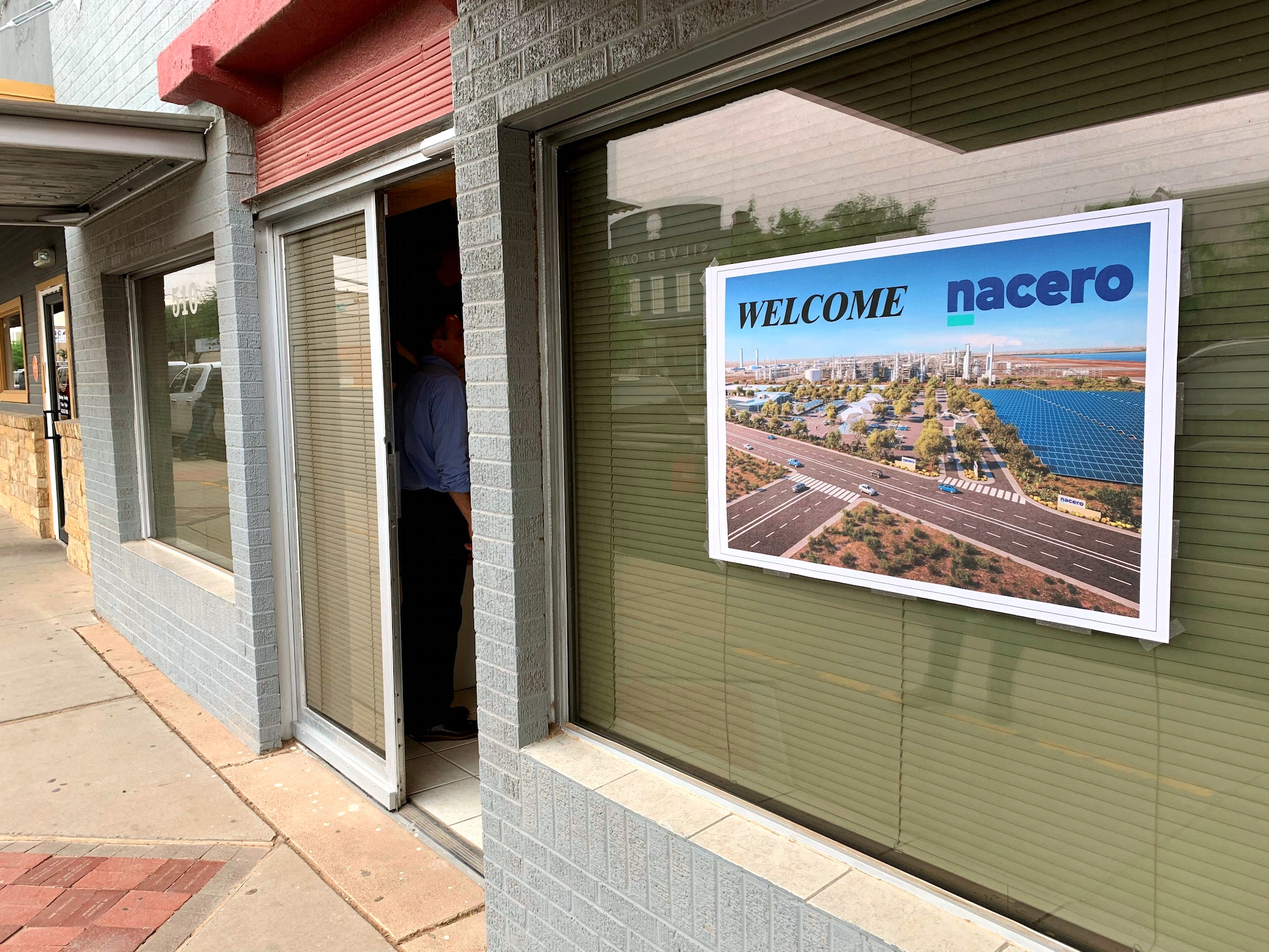 Nacero team members visited the Penwell site and met with local officials and stakeholders in nearby Odessa during the week of April 26, 2021.  One of our local partners, Landgraf Crutcher & Associates Inc., welcomed the group to Odessa with a friendly and casual drop – in dinner event on Monday evening.

Penwell - and the Permian Basin - are changing with the times

Did you know that tiny Penwell was the birthplace of Ector County’s original oil boom of the late 1920’s?  Because of its role as a central distribution point for oil fields in the surrounding area, Penwell became known as “The Crossroads of the Oil Patch”.

In later decades, as its population dwindled, Penwell became a Texas ghost town, almost unknown even to nearby residents.

Now, almost 100 years after its founding, Penwell will be the site of another historical first – the first facility in the U.S. to manufacture sulfur free gasoline from 100% domestic natural gas, and the first in the world to do so using carbon capture and sequestration.

Odessa Chamber of Commerce Board Meeting

Nacero team members shared information about the company’s plans with Chamber of Commerce Board Members and attendees before, during, and after the meeting at the Odessa Conference Center.

Penwell and Nacero – a natural fit

The wide open spaces of Penwell seem made for this multibillion dollar project that merges oil and gas with clean energy.  The first-of-its-kind green facility will generate most of its own power using solar energy and will utilize carbon capture and sequestration.

The Penwell site is 2600 acres of wide open opportunity, and the perfect location for the development of Nacero’s massive lower-carbon gasoline manufacturing plant. At peak, about 3500 workers will be needed at site for construction.  When complete, the facility will provide over 300 long term high paying jobs.

Wes Burnett discusses the regional impact of the new facility

Check out Wes Burnett, Director of the Odessa Development Corporation, discussing the impact the Nacero gasoline manufacturing facility will have on Ector County and the surrounding region.

The City of Odessa and Mayor Javier Joven

The Odessa Chamber of Commerce

….and the many others who graciously hosted and participated in this active week of discovery and getting to know each other!